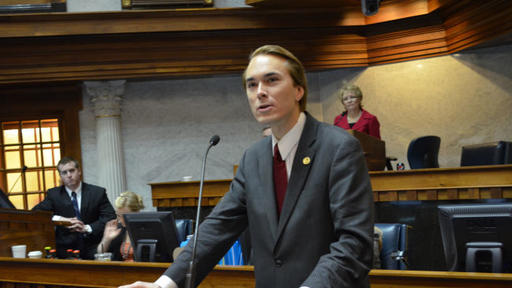 According to the indictment, Waltz, a former Indiana state senator, was a candidate in the 2016 primary election for the office of the U.S. House of Representatives representing the Ninth District of Indiana. Keeler, the vice president and general counsel of what was then known as New Centaur, LLC arranged with Kelley Rogers, a Maryland-based political consultant for the 2016 Waltz congressional campaign, to cause New Centaur, LLC to transfer thousands of dollars from its accounts to Rogers, who then contributed that money to Waltz’s 2016 congressional campaign.

To conceal the true nature of the payments as illegal corporate contributions, Keeler and Rogers agreed that Rogers would create phony invoices and agreements that purported to reflect services to be performed for New Centaur, LLC, by Rogers. Upon receiving the payments from New Centaur, LLC, Rogers recruited several straw donors, including Waltz, to each contribute $2,700 to Waltz’s campaign, the maximum permitted under federal law at the time. The straw donors were reimbursed by Rogers using the money from New Centaur, LLC.

Rogers also transferred a large portion of the New Centaur, LLC money to Waltz, who recruited additional straw donors to each donate $2,700 to his campaign. Waltz either reimbursed or paid these straw donors in advance. Waltz and Keeler concealed these illegal contributions from campaign officials, causing them to unwittingly file materially false reports with the Federal Election Commission.

Holcomb Heads to the U.K.