Indiana Democrats say they want more details on how Secretary of State Connie Lawson is spending taxpayer dollars on voter outreach and information.

They say the request included information pertaining to the tens of thousands of taxpayer dollars recently dumped into Secretary Lawson’s social media and radio campaigns.

The public records request specifically asks for information on whether radio advertisements were cut and placed in all 92 counties included early voting information, what counties were selected for radio and digital ad placements and the determinations behind their selection to verify that registered voters were not targeted based on their political leanings.

“It is extremely troubling Indiana Democrats are willing to suppress voter turnout by attacking election outreach programs in an attempt to score cheap political points. One of the principal responsibilities of the Secretary of State’s Office is to increase turnout by reminding voters of registration deadlines, early voting dates, and encouraging Hoosiers to get out and vote on Election Day. Indiana Secretary of State Connie Lawson is proud to lead the way in promoting voter turnout through a non-partisan outreach campaign, reminding all Hoosiers their vote is safe, secure and equal.”

You can hear Harper and Zody in the Leon-Tailored Audio above.  It runs about 12 minutes. 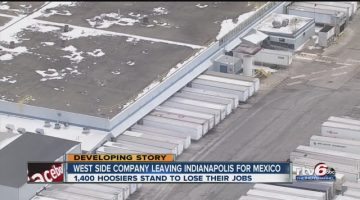