The head of the state Commission for Higher Education says there’s no evidence in Indiana of the college admissions scandal that has dominated the national headlines over the last month.

According to the Los Angeles Times, court records revealed actress Felicity Huffman and a dozen other wealthy parents swept up in the far-reaching college admissions scandal have agreed to plead guilty after being charged in the scheme.

The Times says the actress and 12 other parents will plead guilty to one count of conspiracy to commit mail fraud and honest services mail fraud.

Felicity and other parents were accused of paying the firm to help their children cheat on college entrance exams and to falsify athletic records, enabling their children to secure admission to elite schools — including UCLA, USC, Stanford, Yale, and Georgetown.

Speaking shortly after her state of higher education address, Teresa Lubbers says she hasn’t heard any stories or reports of wealthy families trying to get into any Indiana schools by cheating or falsifying records.

Lubbers said while she would not question the motives of the parents, but she said they were not helping their kids by engaging in that behavior.  Lubbers also noted that the scandal is creating heightened scrutiny regarding academic admissions.

You can hear Lubbers in the Leon-Tailored audio above.  She also provides an overview of how higher education is doing in Indiana.   It runs for about eight minutes.

WLFI in West Lafayette recently reported that in the wake of the scandal,  Purdue University Mitch Daniels ordered an audit of the admissions of 1600 student-athletes and nothing out of the ordinary turned up. 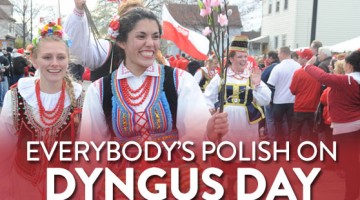 Mark Your Calendar for Dyngus Day