Indiana Attorney General Curtis Hill is hitting back against allegations he touched four women in an inappropriate manner at an end of session gathering in downtown Indianapolis.

He is accused of inappropriate sexual behavior toward at least four women on the night on March 15, at an after party following the end of the legislative session.

At a news conference in his office in the Statehouse, Hill repeated his denial that he did anything wrong and said his reputation has been damaged.

You can hear Hill’s comments in the Leon-Tailored Audio above.  They run about six minutes.

The full text of his comments is below.

Speaking before members of the media at his Statehouse office, Attorney General Curtis Hill today made the following remarks (as prepared) in response to recent allegations made against him:

“I have spent my entire life committed to justice — and doing so with integrity.

“Those who know me well know that I have been a champion for victims, particularly women and children who have suffered abuse.

“I have always done what I believe to be right.

“In my years as prosecuting attorney, I always respected and followed the rule of law.

“I respect and value the Constitution — our sacred document that serves as the very foundation upon which this great nation was established. It begins, ‘We the People . . .  in order to form a more perfect Union, establish justice . . .’

“Justice gains its integrity through the protection of individual rights such that every single person will be afforded due process of law.

“And yet somehow, that protection — that standard of fairness, that benefit of the doubt, the presumption of innocence until proven guilty – has escaped my grasp.

“I never dreamed that this could happen to me. And yet here I stand.

“These past several days have witnessed my name and reputation dragged through the gutter in ways I would have never imagined.

“Apparently in this climate, the standard is guilty — and who cares if you’re innocent.

“Let me explain how this played out. Late Friday afternoon on the 29th of June, minutes before boarding a flight, I first learned about an internal ‘investigation’ completed by an outside law firm to review workplace sexual harassment accusations. Three days later, the press had published the leaked memo documenting this ‘investigation.’ Within hours of its release, there were calls for my resignation.

“Not only was I already convicted; it was without an opportunity to be heard, let alone receive any notice of these accusations.

“I now stand falsely and publicly accused of abhorrent behavior. These false accusations have irretrievably damaged my reputation. We are living in a time where accusations alone have the power of conviction.

“Victims of sexual abuse and/or sexual harassment deserve to have their voices heard. As a prosecuting attorney, I fought hard for the rights of victims — while also safeguarding the rights of the accused.

“This is America. And in America, we cannot overlook the presumption of innocent until proven guilty.

“I was not afforded fairness in this investigation. I am now being called upon to resign by the Governor and others. I respect the Governor, and I believe him to be an honorable man, and I wish he had reached out to me regarding these accusations before rushing to judgment.

“Calls for my resignation came in the same breath as the call for an investigation by the Inspector General. Across the country we see a media based on sensationalism, nurturing an appetite for scandal fueled by social media. Today it seems that appetite can only be satisfied by complete destruction.

“Under normal circumstances, leaders would call for restraint and respect for fairness — and accountability based on the time-tested processes on which our country was founded.

“But these are not normal circumstances.

“Pressure immediately mounted on friend and foe to distance themselves from me and even ask for my resignation at the first available opportunity. Perhaps the regrettable rush to judgment is best explained by self-preservation instincts.

“The coordinated calls for my resignation occurred before any anonymous accusers identified themselves. On Friday, one of the accusers came forward with a new statement. She said I arrived at AJ’s alone, when in fact I was a guest of Tony Samuel. Furthermore she confirmed that her accusation contained in the confidential report was materially inaccurate.

“I anticipate and welcome the opportunity to have my side heard through a proper investigation. Therefore I won’t be taking questions today, but I look forward to the day when I can speak freely and answer questions that you may have.

“Now I am going to get back to work, but before I do, I want to say one last thing.

“When we take the oath of office, to serve the citizens of Indiana, we agree to be held to a certain standard and honor the trust the public has placed in us. Curtis Hill, through his actions, has betrayed the public trust, and lied about his actions to the very citizens he serves. I will continue to cooperate with any and all investigations into this matter until such a time that Curtis Hill is held accountable for his abhorrent behavior. “ 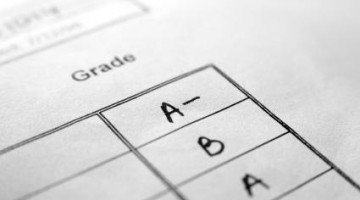