Members of Indiana’s environmental community say EPA director Scott Pruitt should have met with them while he was in the state yesterday.

Pruitt visited Indiana as part of his “state action” tour.  He met with Governor Eric Holcomb and visited a mine operation in Boonville.

In a conference call with reports, the various groups lamented at proposed cuts in the EPA’s budget and said Pruitt should have taken time to meet with them as part of his tour.

You can hear the group in the Leon-Tailored Audio above.  It’s in two parts which both run about 15 minutes. 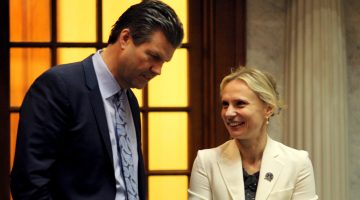