Lawson was appointed in 2012 to fill the term of then Secretary of State Charlie White.  She was elected to a full term in 2014.

Because of her appointment, the question had been raised whether she could serve a second term as statewide officials are limited to two terms in a 12 year period.

A legal opinion prepared by Barnes & Thornburg attorney Peter Rusthoven and obtained by Indy Politics holds that even though  Lawson was originally appointed to their positions and formally elected in 2014, she was still eligible to run for another term in office.

In his opinion Rusthoven cites both the Indiana Constitution as well as case law which holds an individual who serves in an office due to a temporary appointment, such as filling out the unexpired term of another, is exempt from the two-term limit rule because they were not elected to the position.

Next post Hoosiers React to House Passage of TrumpCare 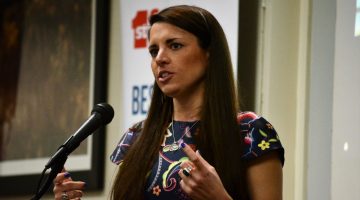