The Indiana Attorney General and Chairman of the Senate Appropriations Committee have agreed to work together and settle their differences over who should control  how state settlement funds are spent.

The Attorney General’s office has collected hundreds of millions of dollars  in settlements over the last 10 years, most recently it announced a $12 million settlement with Moody’s .

Sen. Luke Kenley (R-Noblesville) has introduced legislation (SB 544) that would put the state budget agency in control of how settlement funds are spent, currently that is controlled by the office that reached the settlement.

The bill was heard this past week in the Senate Judiciary committee.

In addition, Kenley’s bill also mandates any settlement agreement include that language allows the state to use the funds for any purpose allowed under law.

Kenley says the purpose of the legislation is to promote more openness and transparency of how settlement dollars are spent as well as having a more formalized process on how the funds are spent.

The Attorney General’s office has said it is for transparency, but worries  such legislation would limit its flexibility in negotiating settlements, particularly when multiple states are involved.

Despite the differences, the two are confident they can work out an agreement.  The Governor’s office says it is reviewing the legislation.

The bill was heard in the Senate Judiciary Committee. 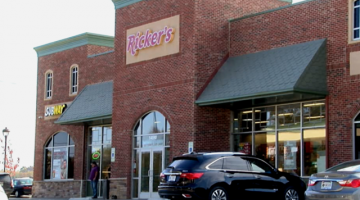