Former U.S. Senator Richard Lugar spent the weekend in Indianapolis talking to young people about the virtues of public service.

Lugar spoke at the University of Indianapolis and Marian University.

He told students that despite the rancor they see on the cable news outlets, public service can still be an  honorable profession.

Indy Politics spoke with Lugar Sunday evening at Marian.  We also discussed the death of former President George H.W. Bush, the trade war between the United States and China, as well as the talk of impeachment against President Donald Trump.

The Leon-Tailored Audio runs about 10 minutes. 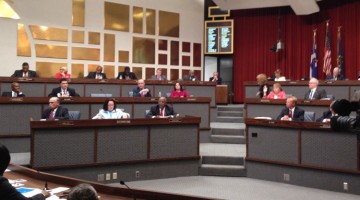