Former U.S. Senator Richard Lugar tells Indy Politics that in the wake of what is believed to be an ISIS-related terrorist attack the government and intelligence communities may need more surveillance authority in order to deal with the new threats to the American public.

Lugar was in Indianapolis this weekend for the 39th annual Lugar Symposium at the University of Indianapolis.

Lugar also stated that while most of America is occupies with the Middle East he noted that Russia and China still pose challenges to the nation’s national security.

He also comments on the appeal of Donald Trump to certain voters and whether Republicans can be competitive in Indianapolis after losing both the Mayor’s race and Council this past November.

You can hear Lugar’s comments in the Leon-Tailored Audio above.  Each segment runs about 10 minutes. 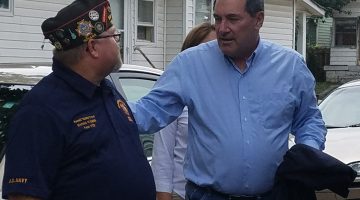