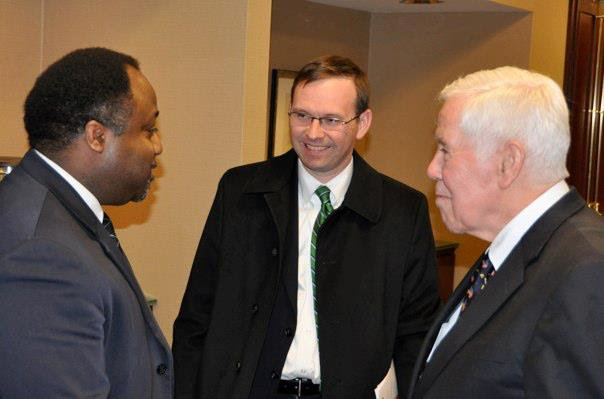 The last time I saw former U.S. Senator Dick Lugar it was at Marian University.   He was doing one of the many things he did well, inspiring the next generation of public servants.

During his break we did one of our regular interviews, this time it was about the passing of former President George H.W. Bush and his impact on American foreign policy.  The Senator was his usual charming and intelligent self.

However, had I known that was going to be the last time I saw him, I would have told him “thank you”.

I don’t think a lot of people really appreciate the legacy that Lugar left behind.

Even before he was Mayor of Indianapolis, he served on the IPS School Board and convinced his colleagues do something that was an anathema to them, participate in the federal school lunch program so poor kids could get a nutritious meal.

As Mayor, while one could argue his biggest achievement was Uni-Gov, I submit to you it was the staff of people he either brought with him or hired along the way who were so crucial to Indianapolis’ growth.  Whether it was former Governor and Purdue University President Mitch Daniels, Pacers CEO Jim Morris, Higher Ed Commissioner Teresa Lubbers, you name it. All of these individuals have gone on to shape the course and future of this state and now their protégés are stepping up and assuming the mantle of power and moving the city and state forward. Heck, even former staffer Todd Young went on to become a U.S. Senator.

And it’s not just Indianapolis and Indiana that owe Lugar a debt of gratitude, it is the entire world.  Lugar worked with then-Democratic Senator Sam Nunn to secure and dismantle weapons of mass destruction in the former Soviet Union.

Even when he ran for President in late 1995/early 1996,  when my family lived in Iowa, I remember as clear as day a campaign ad warning of weapons of mass destruction ending up in the hands of terrorists and rogue nations.

But for me, the Senator’s greatest quality was his thoughtfulness and sense of bipartisanship when it came to problem-solving.  Much to the dismay of the more ideologically extreme elements of the Republican Party, former President Barack Obama called Lugar “his favorite Republican.”   Unfortunately, that thoughtfulness was not appreciated in the 2012 primary. But even after being ousted from office, the Senator continued his work to make the world a much safer place.

And he also kept inspiring the next generations of leadership, be it the Lugar Series where he encouraged women to get involved in local, state and federal politics or his annual symposium where hundreds of high school students from across Indiana gathered at the University of Indianapolis to learn about government, which by the way my Saturday morning business law graduate students always appreciated because they knew we would have to take a short break so I could go downstairs and interview him.

I will definitely miss this statesman who was the epitome of public service.  I really liked Lugar and truly believe this world would be a better place if we were all a little bit more like Lugar.

Abdul is the editor and publisher of IndyPolitics.Org.  His opinions are his own, but you are free to adopt them. 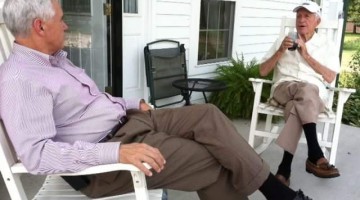