As the debate continues here in Indiana over legal marijuana,  I decided to pay a trip to a marijuana farm while on vacation in Washington State last week.

I spoke with Kevin Worell, a cannabis engineer and Rafael Marquez who is a grower.

They farm on 20 acres in Central Washington more than 200 miles from Seattle.

We toured the facility as well as the grounds, talked about how legalization has impacted the state and discussed how the national debate was impacting their million dollar a year business.

You can hear them in the Leon-Tailored Audio Above.   Note, the outside tour audio with Worell was also streamed on Facebook Live. 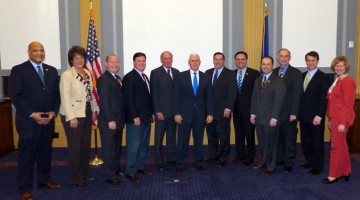 State of the Union Response