The Marion County Clerk says early and absentee voting in this year’s midterms is surpassing the 2016 Presidential election.

As of Sunday, nearly 82,000 voters had voted early either in person or absentee.  That’s more than 12 percent of the county’s registered voters.

You can hear Eldridge in the Leon-Tailored Audio above.  It runs under six minutes. 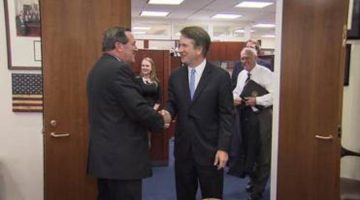