Former State Senator Jim Merritt, who used to oppose the legalization of marijuana, has now changed his mind and is joining the chorus of those calling for its legalization.

In an op-ed to be published later this week on Indy Politics, Merritt says

“Given the state’s proven track record of being incredibly accommodating to businesses and our strong agricultural roots, we are missing o opportunities to attract new companies, create jobs, and boost our economy overall.  The tax revenue on the products would generate a considerable amount of money. Money that would supplement or replace the taxes Hoosiers are currently paying now.”

You can hear Merritt in the Leon-Tailored Audio above.

The interview runs for about 18 minutes.  He also discusses redistricting, and how the process has changed since he was a lawmaker back in the early 1990s. 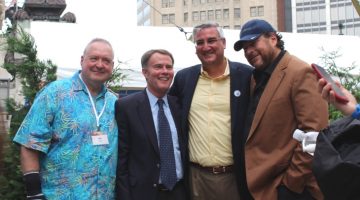