At the third and final Indianapolis Mayoral debate, Republican Jim Merritt publicly apologized to Democratic incumbent Joe Hogsett over a campaign website that claimed Hogsett’s wages had been garnished in 2011 for failing to pay child support.

At the debate hosted by Fox 59 and the Indianapolis Westside Chamber of Commerce, Merritt told Hogsett he was sorry about the allegations made in the campaign website and later told the media he took full responsibility.

The Indy Star has reported the claim was not true and the website was taken down.

Merritt told reporters that as the candidate, he is responsible for the actions of his campaign and if elected Mayor he expects the voters to hold him accountable as well.

You can hear Merritt in the Leon-Tailored Audio above.  There are also comments from Libertarian Doug McNaughton.

Hogsett left after the debate and did not stick around to talk to the media.

The topics of the debate included crime, infrastructure, and economic development. 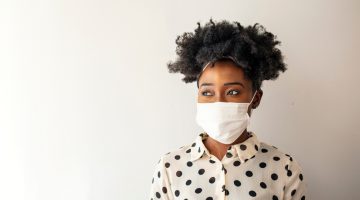 The Color of COVID-19