Indiana Attorney General Greg Zoeller announced today the creation of the Indiana Coalition to End Sexual Assault, Inc., or ICESA, as the new organization to focus on ending sexual assault and serving victims in the State of Indiana.

In June 2014, financial insolvency forced a previous organization, the Indiana Coalition Against Sexual Assault, Inc. (INCASA), to suspend operations. As a result, the nonprofit stopped receiving and distributing federal and state grants that funded sexual assault support programs in Indiana.

ICESA’s mission is to empower Indiana communities to end sexual assault and serve those impacted by it, through comprehensive training, advocacy, increased public awareness and coordinated sexual assault services. The ICESA organization is structured in such a way to avoid the pitfalls encountered by the old INCASA.

Indy Politics spoke with ICESA Board member State Representative Christina Hale.  You can hear her comments in the Leon-Tailored Audio above.  They run about seven minutes. 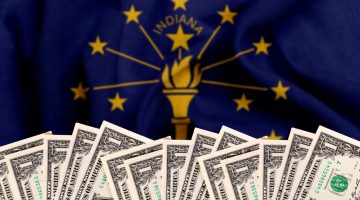