4.         The governor is trusted most on managing the state budget, but falls short
on education and John Gregg pulls even with him on other measures.

Survey Notes: At this point, we are screening only for registered (not “likely”) voters, so the sample includes those who tune into elections later than more politically- engaged likely voters. On the governor’s job approval number, we see a higher “undecided” than in past surveys, most likely because it was the first question asked after age and race screening questions. The refusal rate (5-7%) on the ballot questions is higher than we normally see with some interesting patterns. Non-Trump GOP primary voters have a much higher refusal rate on the presidential general election ballot (9%) than Trump GOP primary voters (2%). Non-Trump GOP primary voters and Sanders DEM primary voters also have much higher undecided rates on the presidential general election ballot which may indicate they aren’t ready to move on to their party’s general election candidate quite yet.

We have found in Indiana that party identification is a moving target and fluctuates a fair amount between surveys.  We never weight by this self-reported measure, but ensure the sample properly reflects: age, gender, region, race (including race by region) and education, with an eye on ideology. This survey is on the higher end of Republican Party identification.

Are you currently registered to vote in Indiana?

For statistical purposes to ensure we have a representative sample, what is your age?

For the same reason, please tell me if you consider yourself to be Hispanic or Latino?

Next post Coats Calls for Hoosier GOP to Unify Behind Trump 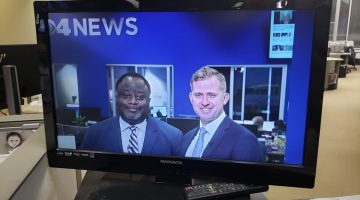