Black and Hispanic residents in Indiana and Marion County experience significant gaps in education outcomes and employment opportunities compared to white residents, a new analysis shows. Disparities are pronounced in K-12 education and continue through postsecondary education and the workforce, hindering individuals’ ability to prosper, businesses’ ability to thrive, and the vitality of the city and state.

In Marion County, of the 3,077 Black students who graduated high school in the 2012-2013 school year, just 442 graduated from an Indiana public postsecondary institution in six years with either a two- or a four-year degree. And of the 595 Black Marion County high school graduates who graduated from one of Indiana’s public postsecondary institutions in 2014-2015, only 339 remained working in Indiana five years later.

As a result, Black and Hispanic residents have lower rates of postsecondary attainment and lower median wages compared with white residents in Indiana and Marion County.

You can hear them both in the Leon-Tailored Audio above.  It runs for about 19 minutes. 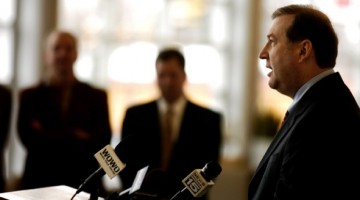