New State Board of Education Appointed 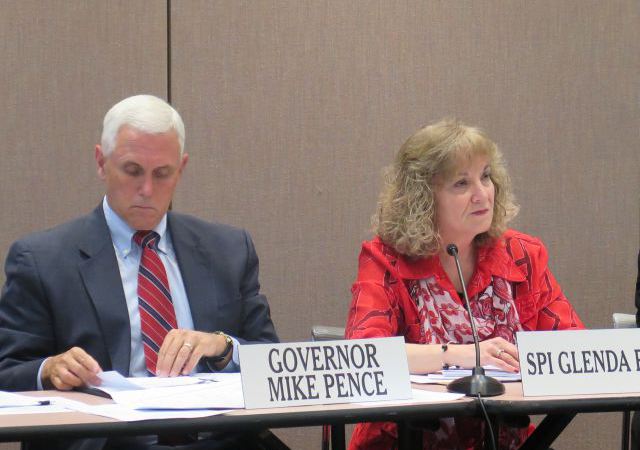 Indiana Governor Mike Pence and the leaders of the Indiana House and Senate have made their appointments to the new State Board of Education.

Lawmakers changed the make up of the Board, giving the House Speaker and Senate President Pro Tempore two appointments and allowing the Board to choose its own chairperson in 2017.

The Governor’s new appointments are as follows…

The Governor reappointed the following members…

House Speaker Brian Bosma named Dr. Byron L. Ernest to the Board.   Dr. Ernest is currently the Head of Schools for Hoosier Academies in Indiana. Previously, Dr. Ernest was the principal at Emmerich Manual High School (EMHS) in Indianapolis, which was a school taken over by the state after failing for seven years in a row, often referred to as a Turnaround Academy. Dr. Ernest was charged with leading a new staff and developing a culture of excellence where high student achievement and performance are the norm. Manual was taken off the “F” list under Ernest’s leadership and has the distinction of being the only takeover school in Indiana to be removed from the failing category. Prior to going to EMHS, Dr. Ernest was theDepartment Head for Agriculture and FFA at Lebanon Community School Corporation.  He was also the 2010 Teacher of the Year.

Senate President Pro Tem David Long appointed long-time Allen County educator Dr. Steve Yager to the Indiana State Boardof Education (SBOE). Yager’s four-year term on the Board will formally begin June 1 .  Long says   Yager has extensive experience in educational leadership, serving as Superintendent of Northwest Allen County Schools for nearly two decades before taking the Superintendent’s job at Southwest Allen County Schools in 2009, where he served until his retirement last year.  In addition to his experience as a superintendent, Yager has served as a principal, school counselor, and teacher. He holds five advanced degrees in education-related fields, including a doctorate in secondary school administration from Indiana State University. In 2014, Gov. Mike Pence awarded Yager with a Sagamore of the Wabash award in recognition of his decades of service in Indiana’s public schools.

Statehouse News You Can Use