Here’s a copy of today’s Indy Politics Statewide Summary.  You can subscribe and get this delivered, for free, to your e-mail box every day.  Happy reading.

Hoosiers motivated to vote by recent political and societal events, or simply civic duty must register by April 9 to cast a ballot in the May 8 primary election.   (Times of Northwest Indiana)

U.S. Rep. Todd Rokita is running for a Senate seat from Indiana as a firm opponent of abortion rights. Yet a political action committee affiliated with Rokita has given $9,000 to the campaigns of a fellow Republican lawmaker who, years before his election, had approved of abortions for his future wife and a woman with whom he had an affair.   (Journal Gazette)

As a U.S. Senate candidate, Republican businessman Mike Braun has promised to “drain the swamp” in Washington D.C.  But during his short tenure as a state lawmaker, Braun worked to reduce taxes and regulations on an industry in which he holds a significant personal financial interest — a connection that raises ethical concerns, critics say.  (Indy Star)

Indiana’s black state legislators will hold a series of town halls around the state, beginning this weekend.  (Indiana Public Media)

How does Indianapolis stack up in the Amazon HQ2 sweepstakes, based on the criteria the Seattle-based goliath said were most important in its RFP? IBJ pored over that seven-page document, did some digging and reached some conclusions.  (IBJ)

In the midst of an opioid crisis that took dozens of lives in Vanderburgh County last year and matches a national trend of addiction and other health risks, county officials are suing opioid manufacturers and distributors for misrepresenting the risks and uses of the drugs.  (Courier Press)

Yes, there is in fact a “breach season.” It’s a time during the year that we see a surge in security breaches by computer hackers, that’s according to Ron Pelletier with Pondurance.  (WIBC)

While there are a lot of unknowns when it comes to Section 6 of the Interstate 69 project, it is certain to bring changes to the Morgan County landscape.  (Reporter Times) 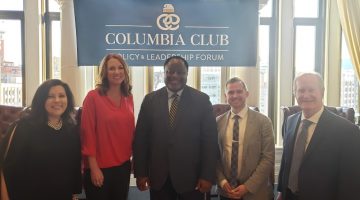