Rule: Expect the Unexpected at the Statehouse

By Kevin Brinegar, president and CEO, Indiana Chamber of Commerce

You never really know what’s going to happen in any given year with the General Assembly – no matter who is in control and by how much. Several instances in 2015 particularly drive that message home.

Given that this issue was taken up at virtually the last possible time by the House, it’s even harder to predict the ultimate outcome. Proponents and opponents alike were caught off guard. So stay tuned.

Education is always an important focus for us, government and the public. We agree it’s imperative to bring stability to the State Board of Education and provide for a more productive body that casts politics aside and puts students first. However, too many other worthy education policies have gotten a little lost in the shuffle or forgotten altogether. That’s very unfortunate.

It’s a disgrace that there has been little or no discussion about expanding preschool for low income families. Especially since other states, including our neighbors, are already far outpacing us. The Education Commission of the States recently released a report on the latest pre-kindergarten funding. Ten states significantly expanded funding by more than 20%. Michigan increased its pre-K dollars by $65 million; Ohio by $12 million. These investments are for the type of more robust preschool programs that many Hoosier families need.

It’s also disappointing that once again we can’t move forward with a common sense work share program. It benefits employers, employees and is a rare issue that Republicans, Democrats, labor and business all support. Yet this bill with tremendous bipartisan support couldn’t even get a committee hearing.

Tax simplification was a major focus of the 2014 summer study committees and the Pence administration. There was much support for the effort, but it turns out that simplification is very complicated. Any steps taken to improve our tax system must pass the test of not disrupting the state’s revenue stream and be considered revenue neutral.

With much up in the air, it will indeed be interesting to see how the second half of the legislative session plays out. 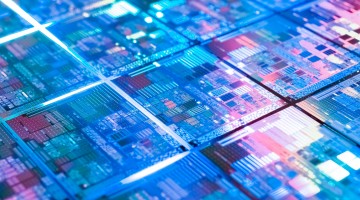