An advocate for the solar energy sector says legislation being pushed in the Indiana General Assembly could do irreparable harm to the industry here in the Hoosier state.

Lawmakers are expected to vote this week on SB 309 which would eventually end the practice of energy companies being compelled to provide credit for excess energy generated by solar operators energy at the retail rate, but instead, they would only have to pay the wholesale rate.  The practice is called “net metering”.

Solar Energy providers like Kenny Washington of Earth Solar Technologies says doing so will stifle development.  Washington says solar is a fast growing energy sector and the change would be detrimental to the state and home-grown energy sources.

SB 309 supporters say as solar energy start-up costs drop, there is no reason to that utilities should have to pay them the retail rate.

In the latest version of the bill operators who currently have net metering are grandfathered in for 30 years. Those who would install solar units in the next five years would be grandfathered at a full retail price for up to another 10 or 15 years, depending on when the unit is installed.  After that, supporters say, solar investors would be compensated at a lesser, wholesale rate plus 25 percent.

You can hear Kenny Washington in the Leon-Tailored audio above.  It runs approximately nine minutes. 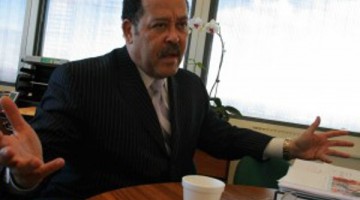 Williams Out of the Race for Indy Mayor