A state task force is recommending an increase in gas and fuel taxes as well as the possibility of tolling some Indiana roads as a means to address Indiana’s long-term road funding problems.

The FIRSST (Funding Indiana’s Roads for a Safer and Stronger Tomorrow)  task force was created as part of a comprehensive two-year road-funding plan passed in House Enrolled Act 1001 in 2016, and was charged with identifying new revenue sources to increase long-term funding for Indiana’s transportation infrastructure.

The Task Force found a variety of new revenue options for the state, ranging from increases in the gas tax, to tolling, to a vehicle fee. These options will be carefully debated and scrutinized by lawmakers, stakeholders and citizens when the legislative session begins in January.

State Senator Luke Kenley and House Ways & Means Chair Dr. Tim Brown were co-chairs of the task force.  You can hear them both in the Leon-Tailored Audio above.

You can read a copy of the report here.

Previous post The Future of Manufacturing Production and Jobs 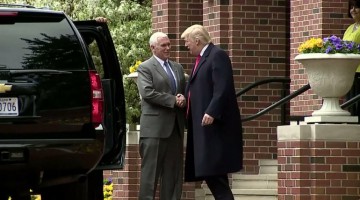