As my Senate term comes to an end, I want to thank all Hoosiers for the incredible opportunity to represent you in Washington. Through it all, the ups and downs, the highs and the lows, the successes and the failures, I have felt nothing but gratitude for the honor of representing you in the U.S. Senate.

The results of the 2016 election sent a strong signal that the American people want change. At this critical time, I believe all of us – Republicans and Democrats – need to be united in the common cause of making our country a better place. In the coming years, my hope is that federal policymakers will focus on two transcendent issues that jeopardize America’s continued existence as the world’s leading nation. These are issues I have repeatedly expressed deep concern about on the Senate floor.

First, from a practical standpoint, our country simply cannot keep borrowing money we do not have. Today, our national debt is nearly $20 trillion and continues to grow by the second. Meanwhile, programs that millions of Americans depend on – Social Security and Medicare – are creeping ever closer to insolvency. America’s looming fiscal storm is bearing down upon us and the alarms are sounding louder each day. One day, if not addressed, this debt bomb will explode and have a devastating effect on our country’s economy and on our children’s future.

Second, we must be vigilant against the threat posed by terrorists or rogue state actors who could successfully conduct an attack with weapons of mass destruction. We must ensure that the world’s most dangerous weapons stay out of the hands of its most dangerous people. And we must also adapt to the new threats we face, such as a cyber attack that could shut down our financial systems or our electric grid.

These issues require all those who govern to rise above political consequences to make the hard decisions needed to make our country stronger and more secure for future generations. Despite these challenges, I have bright hopes for America’s future, and I am confident that our best days are ahead of us.

I have been honored to participate in the process of governing and be in the arena advocating for Indiana. The opportunity to represent the state I love and fight for the values I believe in has been a privilege almost beyond description.

Thank you, Hoosiers, from the bottom of my heart.

Sen. Dan Coats is a Republican from Indiana. 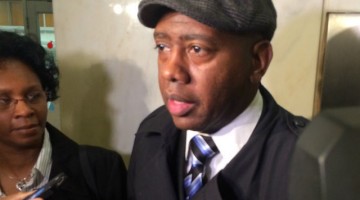 Will the Rev. Run?