Outgoing Director of National Intelligence Dan Coats is getting high praise from his Hoosier colleagues.

The Washington Post is reporting Coats is leaving his position next month.

According to the Post, Coats’s departure caps a tumultuous relationship with President Trump in which the two were often at odds over the wisdom of negotiating with Russia, the status of Iran’s nuclear weapons program and the severity of foreign threats to U.S. elections.

U.S. Senator Todd Young said of Coats, “Throughout his many years of service in both the House and Senate, as U.S. Ambassador to Germany, and as Director of National Intelligence, Dan Coats has made Indiana proud. America is better and more secure thanks to his tireless service. On behalf of all Hoosiers, I thank Director Coats for his devotion to duty.”

Second District Congresswoman Jackie Walorski noted, “Throughout his life in public service, Dan Coats has always put the interests of his country and his fellow Hoosiers first. I am grateful for Dan’s steadfast leadership in keeping our nation safe and secure, and for his years of dedicated service to the American people.” 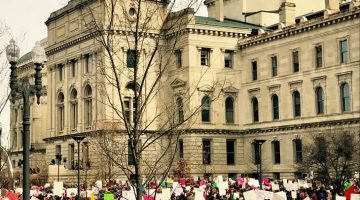