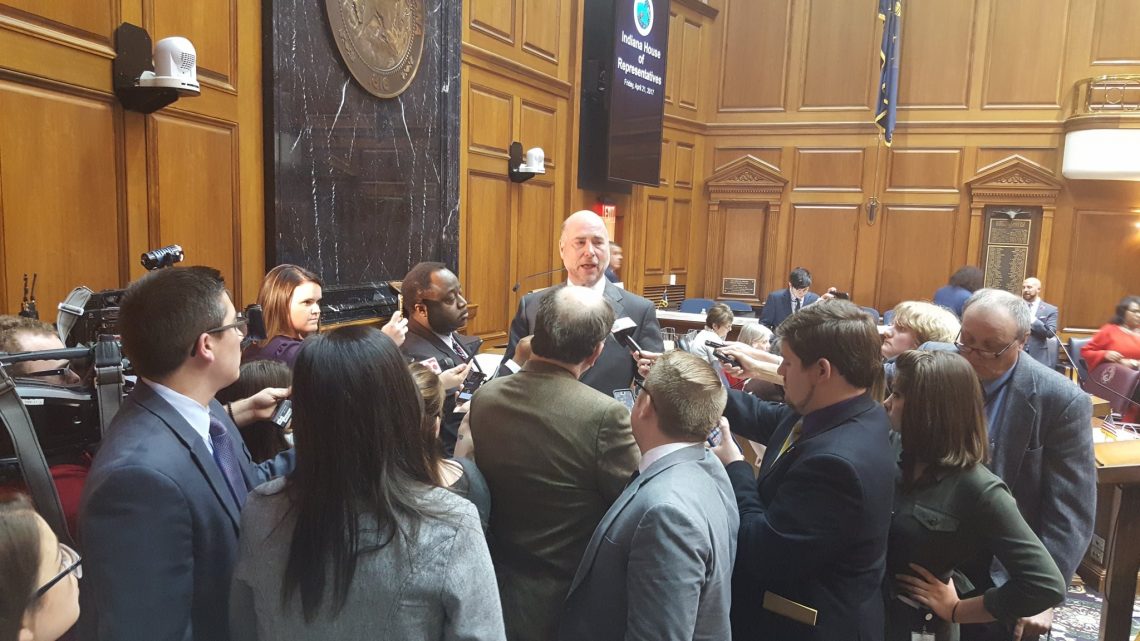 Republicans called the 2017 Legislative session monumental and a terrific success. Democrats said it had it’s good points, but there were also missed opportunities.

Below are the headlines and links to the major events on the last day of the Indiana General Assembly. In addition, you can hear the closing thoughts from House Speaker Brian Bosma, Senate President Pro Tempore David Long, House Democratic Leader Scott Pelath and Senate Leader Tim Lanane in the Leon Tailored Audio.  (Click Here)

The Indiana General Assembly passed a bill Friday that would close the “cold-beer loophole” used by the owner of Ricker’s convenience stores. (RTV 6)

Indiana’s super-strict regulations for the liquids used in vaping are getting an overhaul. (WIBC)

With the state’s stockpile of lethal drugs expiring, Gov. Eric Holcomb moved to offer anonymity to reluctant pharmaceutical companies and distributors as incentive to provide the state with more. (Courier Press)

“ILEARN” is in, ISTEP is out — Indiana legislature approves test set to begin in 2019. Now awaiting governor’s OK. (Chalkbeat Indiana)

The Gary Community School Corp. is set to be taken over by a state-appointed emergency manager with sweeping powers to reduce costs and restructure the district’s academic offerings. (NWI Times)

Republican Gov. Eric Holcomb says it will be a joy to sign into law an expansion of Indiana’s preschool pilot program. (IBJ)