Indiana Governor Eric Holcomb and former Vice-President Mike Pence shared their thoughts on the 20th anniversary of 9-11 at a ceremony at the Indiana Statehouse.

You can hear Pence and Holcomb in the Leon-Tailored Audio above.  Pence runs for 18 minutes; Holcomb for 7 minutes. 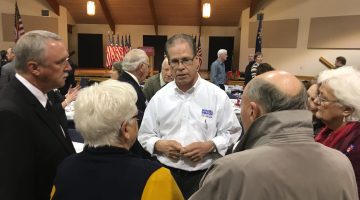