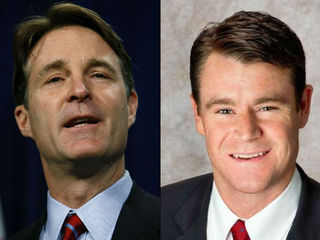 This is a switch from “leans Democrat” from earlier this month.

A recent poll showed Democrat Evan Bayh with a four-point lead over Republican Todd Young.  Bayh, as well as other Democratic polls, showed him with as much as a 20-point lead earlier this year.