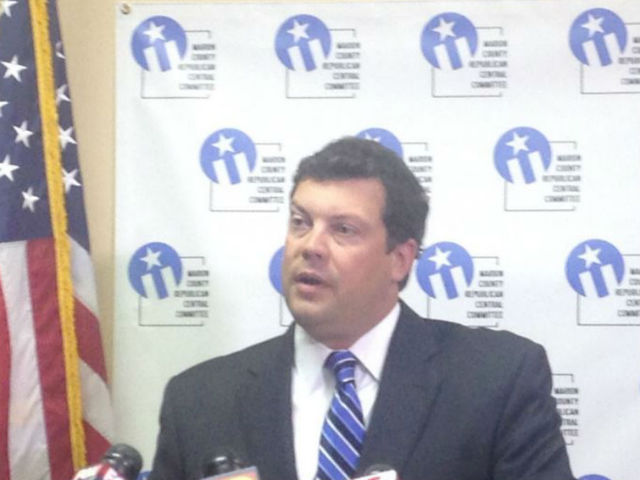 As first reported weeks ago in The Cheat Sheet, Marion County GOP Chairman Kyle Walker is stepping down.

Five years ago, you entrusted me with the honor to serve as the Chairman of our Marion County Republican Party. Today, I write to you to let you know that I am resigning the position of Chairman, effective upon the election of my successor. I have called a caucus for December 15, 2015 for the organization to elect a new Chairman (details below).

In my speech five years ago, I stressed the importance of winning re-election for Mayor Greg Ballard and making the changes necessary for us to be successful in a county that has proven to be increasingly difficult for Republicans to win.

In the years that followed, we made great strides in accomplishing those goals. We re-elected Mayor Ballard; leading to four more years of responsible Republican leadership, and some of the most creative solutions to long-standing problems in Indianapolis.

We opened the doors to our Party, allowing for new people and new ideas. We ran the most diverse countywide ticket in Marion County GOP history and we now have more women in positions of Party leadership than ever before. We also defended our traditions by securing Primary election victories for 98% of the candidates we selected in slating.

We upgraded our technology, allowing us to more effectively spread our message door to door and to make more voter contact calls than ever before. We raised the funds necessary to improve our outreach, communicate our message and keep our Party on firm financial footing.

In short, we’ve accomplished several of the goals we set on that cold December night in 2010. There are many people who deserve credit and appreciation for the time, money, and talent contributed to our efforts. In addition to the Precinct Committeemen, Ward Chairs, Township Chairs, donors and volunteers, I’m also very grateful to Mayor Ballard and our other elected officials, at the state and local levels, who have helped strengthen our Party in various ways.

I’ll be the first to point out, however, that we’ve had our share of disappointments along the way. There were races we all wanted to win, but came up short. A changing electorate is one of our biggest challenges. We lose thousands of Republican voters to our neighboring counties each year – and this has been occurring since the late 1990s.

It doesn’t take a political scientist to understand that a decreasing Republican base makes our job tougher. Now, as we begin the next chapter for our Party, I believe it’s time for a new leader to recruit candidates, raise funds, and continue to invest in a grassroots infrastructure to represent our principles and deliver our message to voters across the county.

Serving as Chairman for the last five years has been an honor. The Marion County Republican Party is full of great people and I’m humbled and grateful for your generosity and support. 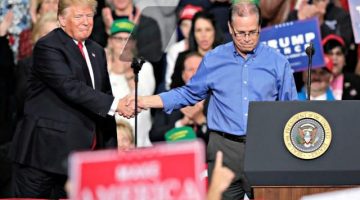