Former State Senator Brent Waltz has been sentenced to 10 months in federal prison for violating federal campaign finance law, however he claims he was the victim of a political witch-hunt to get Donald Trump.

Waltz plead guilty back in April   to two felonies: making and receiving conduit contributions, and making false statements to the Federal Bureau of Investigation.

In addition to the 10 months in prison he was also fined $40,500 (the amount he took in contributions) and two years court supervision.

According to the original indictment filed back in September 2020, Waltz, was a candidate in the 2016 primary election for the office of the U.S. House of Representatives representing the Ninth District of Indiana.

To conceal the true nature of the payments as illegal corporate contributions, Keeler and Rogers agreed that Rogers would create phony invoices and agreements that purported to reflect services to be performed for New Centaur LLC, by Rogers.  Upon receiving the payments from New Centaur LLC, Rogers recruited several straw donors, including Waltz, to each contribute $2,700 to Waltz’s campaign, the maximum permitted under federal law at the time.  The straw donors were reimbursed by Rogers using the money from New Centaur LLC.

Rogers also transferred a large portion of the New Centaur LLC money to Waltz, who recruited additional straw donors to each donate $2,700 to his campaign.  Waltz either reimbursed or paid these straw donors in advance.  Waltz and Keeler concealed these illegal contributions from campaign officials, causing them to unwittingly file materially false reports with the Federal Election Commission.

You can hear Waltz in the Leon-Tailored Audio above where we go into his witch-hunt allegations.

The interview runs for 18 minutes.

Democrats were quick to pounce.  “Politicians like Brentz Waltz are not the exception but the rule: the Indiana Republican Party is becoming more corrupt. In the last year alone, Republican politicians have been tied to illegal straw donor schemes, violated campaign finance laws, and even committed voter fraud,” said Mike Schmuhl, Chairman of the Indiana Democratic Party .  “The Indiana GOP’s actions show they care more about power and special interests in state government than creating a better future for Hoosiers. It’s past time to restore balance to Indiana’s government, because their extremist agenda has our state in a race to the bottom and Hoosiers deserve better.” 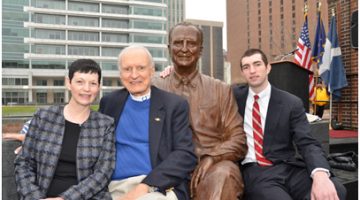