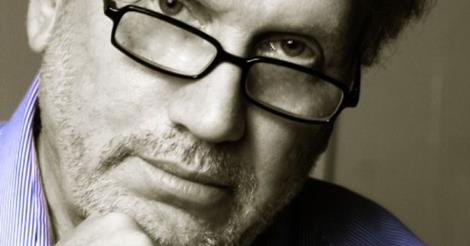 So there I was minding my own business this morning when I got this e-mail from a friend with the subject line, “shots fired”.

The “Legitimate News Guy” was me.  And what Brian Howey was referring to was a post I had written in my Cheat Sheet about the possibility of Democratic U.S. Senator Joe Donnelly running for Governor.   For those of you who don’t know, the Cheat Sheet (TCS) is a subscriber-based newsletter filled with the latest gossip, rumor and blatant innuendo regarding Indiana government politics.   It’s a pretty fun read and we strongly recommend you subscribe or advertise in it. All of the major players in Indiana’s political class read it religiously.

Here’s what I wrote about Donnelly…

Don’t look at us like we’re crazy!  That’s what Mrs. TCS is for! But the latest name to surface in the world of gubernatorial speculation is Democrat U.S. Senator Joe Donnelly. It took us a while to try and figure this one out, but after quite a few conversations, here’s what TCS has managed to piece together.

First of all, although Mike Pence’s current polls numbers have him taking a beating, he still beats John Gregg, Glenda Ritz and Baron Hill. That means if Democrats want to have a shot at beating the incumbent next year, TCS is told there may be a movement afoot to recruit Donnelly.  What makes Donnelly attractive is that he pulled over a lot of Lugar Republicans when he ran for the Senate in 2012. And right now, while Pence has a 72% approval rating amongst Republicans in one poll TCS recently saw, only 62% of them thought he should be re-elected.

That’s why he’s been running slightly ahead of his Democratic challengers. The word on the street says Donnelly could pull Democrats and Independents, but also those “Lugar Republicans” which handed him a win back in 2012.  Also, Donnelly already has the name ID and he has nothing to lose by running in 2016. The only catch is that if he loses he is more vulnerable in 2018.

Okay, maybe I missed something here, but I didn’t see anywhere in the post anything about Donnelly considering getting into the Governor’s race for 2016.  Let me read that again, nope, I didn’t see it that time either. Did you?  I didn’t think so.    We’re not sure why Howey said we wrote Donnelly was considering a run for the Senate because we clearly didn’t say that. Stevie Wonder can see we didn’t write that.  You would think a “legitimate news guy” would know better.

This isn’t the first time Howey has taken a shot at us and it probably won’t be the last.  We’re not sure what his issue is.  I’m not sure whether he feels threatened or thinks he is  near the twilight of his career and is becoming angry, bitter, jealous or what.  I’ve always taken the approach that Indiana’s political universe is big enough for all of us to play in, inform the public and make a few bucks on the side while having fun.  Apparently, Howey feels otherwise which is really unfortunate.

Oh well,  I plan to put out a new Cheat Sheet tomorrow so I need to get back to cranking out the gossip, rumor and blatant political innuendo that everybody loves (and you will too if you subscribe) and Brian Howey loathes. 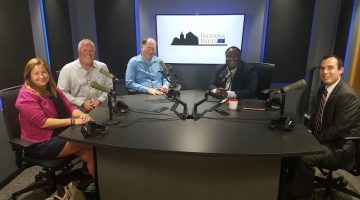