Guess who’s been trying to snoop around the State of Indiana’s computer networks?  No, not the Russians,  but the United States government.

As first reported in this weekend’s Cheat Sheet, in August of last  year the FBI notified Secretaries of State across the country that hacking attempts had been made against Arizona and Illinois’ voting databases.   The state checked the IP addresses that tried to log in into its systems and did not find anything.

Because of the attempted hacking at the state and national party levels,  the Department of Homeland Security later designated state electronic voter files as “critical infrastructure” which puts it in the same category as utilities and roads.   Shortly afterward the state of Georgia learned its systems had been breached and notified Indiana and several other states.

An examination  by the state found it the IP addresses that did the scanning belonged to the DHS.

No information was compromised,  however Connie Lawson says she has been trying to find out why DHS did the scanning without permission.

Lawson explains the entire situation in the Leon-Tailored Audio above.   She also discusses why voter fraud is very hard to successfully commit in Indiana either in person or electronically. 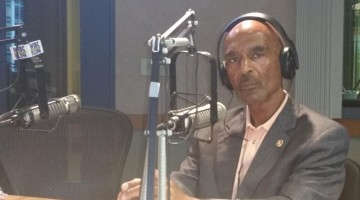 A Conversation with Carson