A Few Minutes with Mike and Greg

Indy Politics caught up with Indiana Governor Mike Pence and Indianapolis Mayor Greg Ballard Monday at an announcement with Rolls-Royce that the manufacturer was investing $600 million in its Indiana facilities.

We spoke with both officials about the Rolls-Royce announcement as well as particular issues facing both the state and city.

You can hear their comments in the Leon-Tailored Audio above.   They run a combined eight minutes. 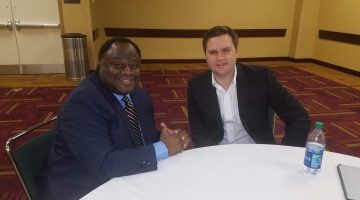