A Few Political Odds and Ends

We’ll be in Evansville today for the Indiana Republican Party State Convention. Follow us on Twitter at either @AttyAbdul or @IndyPoliticsOrg for the latest.   In the meanwhile, here are few political items worth mentioning.

GOVERNING Magazine has rated Secretary of State races across the country.  Here’s what they had to say about incumbent Connie Lawson.   “Lawson is seeking her second full term. She’s a favorite to win re-election despite her role in the aborted voter fraud commission headed by Vice President Mike Pence and Kansas Secretary of State Kris Kobach. Lawson denied the commission access to Indiana voter registration data, which provides her some cover from any negative fallout. The Democrat in the race is attorney Jim Harper. He faces an uphill climb: No Democrat has won the office since 1990.”

Former East Chicago State Representative John Aguilera filed to seek the Democratic nomination for Indiana State Treasurer this week.    Aguilera, who owns a small business and previously served as President and CEO of the Indiana Latino Institute and as a Lake County councilor, says one-party control of Indiana state government has shifted the focus to special interests and away from working families.

Mike Braun has unveiled his first general election ad.  You can view it here. The theme is “Here at Home.”

And the folks who don’t want Braun to be Indiana’s next U.S. Senator have just unveiled their ad too.  You can view that one here.  It’s called “Again and Again.”

Indiana Attorney General Curtis Hill’s Communication Director is departing.  Jeremy Brilliant is headed back to the private sector.  Before joining the office, he was a reporter at WTHR. 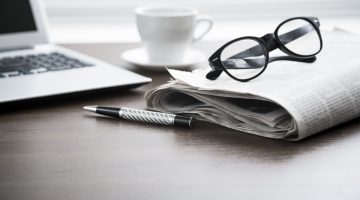