Qualified immunity protects police officers from being sued, as long as whatever they might have done wasn’t against the law or because of incompetence. Sen. Mike Braun’s (R-Ind.) new bill would limit that protection for police.

“It’s going to say that unless there is a law, federal or state, or court ruling, that would make legal whatever an officer might do, that is your immunity,” said Braun, in a conference call with reporters Tuesday. “If it goes beyond that, the organization and the individual officer would have some accountability.”

He said the current use of qualified immunity gives the officers too much latitude in the courts, and that police officers’ cases should have to bear up under the same scrutiny as anyone else’s might. Braun hopes the bill will be considered outright, or as an amendment to the “Justice Act”, written by Sen. Tim Scott (R-S.C.), which is the Republican-controlled Senate’s answer to the House version of police reform.

“The moral compass, I think, says do something. I think it benefits law enforcement in the long run, because they’re currently being stigmatized that this is rampant across what they do and it’s so far from the truth,” he said.

But, Braun has not consulted the national or state leaders of the Fraternal Order of Police. The union and its membership will be the people primarily affected by police reform legislation.

“I spoke to some law enforcement officers in Indiana, not the FOP itself,” said Braun. “I know that probably their organizations are probably going to be against going to even the start of a conversation. I understand that.”

But, Braun said he believes the bill would benefit police unions and officers in the long-run.

“We’ve got to have some time of sensible framework out there for the sake of organization like FOP, so for all of the good work that they do they don’t get stigmatized by these bad occurrences.”

Braun said he hopes that having his qualified immunity bill as part of the “Justice Act”, will make it more palatbale for Democrats, who might not be inclined to vote for the bill if it does not address qualified immunity. He said Democrats want to eliminate it, which he believes is a non-starter for his fellow Republicans.

He said he believes his bill makes for “that balance between eliminating frivolous lawsuits, but letting those that do need the ability for the plaintiff to be able to actually make the case that his or her Civil Rights have been violated. That’s a basic right of our Constitution.”

The Senate is expected to consider the “Justice Act” Wednesday.

You can hear Braun in the Leon-Tailored Audio above.  It runs for about 20 minutes. 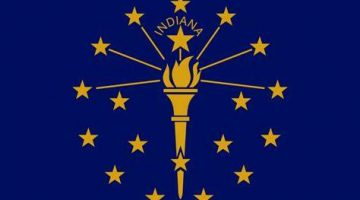