During his regular press briefing Senate President Pro Tempore David Long said the Chamber will likely come up with its own plan regarding a new proposed soccer stadium for the Indy Eleven Team.

The House passed legislation that would allow Indy Eleven to capture sales and ticket tax revenue as a way to pay for the stadium.  Long wasn’t sure if the current bill that passed out of the House will get a hearing.

Also during the media briefing Long said issues were still being worked out with the House over SB 1, which would allow the State Board of Education to choose its own chairperson as well as change the make up of the Board.  Long said the make up of the Board was still an issue, but he said all sides were agreement that the Board should choose its own chairperson.

On the subject of the Religious Freedom Restoration Act, the Senator said he had seen no case law where the legislation that had been passed at the federal level or other states had been used as a defense for discrimination.  In addition he did not think religious child care ministries would be able to use RFRA to avoid state and local health and safety regulations.

You can hear his comments above in the Leon-Tailored Audio.  The entire press briefing ran about 34 minutes. 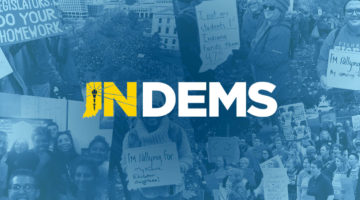