Saying it violates the due process and the equal protection of the Constitution, the American Civil Liberties Union of Indiana on behalf of Planned Parenthood of Indiana and Kentucky (PPINK) filed a lawsuit against the state over its newly signed abortion law.

The Act prohibits a woman from getting an abortion based on her reason. Specifically,  the ACLU says, it prohibits abortions if the sole reason for the abortion is the fetus’s race, color, national origin, ancestry, sex or diagnosis of a statutorily-defined “disability” or “potential diagnosis” of a “disability.”

The ACLU of Indiana and PPINK claim the law violates due process and equal protection under the Fourteenth Amendment as well as First Amendment rights of free speech.

They also say the new law requires that women must be informed of this prohibition as part of Indiana’s state-mandated so-called “informed consent” process. Compelling health care providers to inform women about an unconstitutional law violates the First Amendment.

“This law is clearly another attempt by the governor to end access to safe, legal abortions by imposing more unnecessary and unconstitutional restrictions on women, our health care centers and our staff,” said Betty Cockrum, CEO and President of PPINK. “The law limits women’s rights and shames them during this difficult decision by calling their motives into question.”

ACLU of Indiana Legal Director Ken Falk said, “The United States Supreme Court has repeatedly stressed that a woman, not the state, is to determine whether or not to obtain an abortion. The State of Indiana’s attempt to invade a woman’s privacy and to control her decision in this regard is unprecedented and unconstitutional.”

The American Civil Liberties Union of Indiana on behalf of Planned Parenthood of Indiana and Kentucky filed a lawsuit today against the Indiana State Department of Health, prosecutors of several counties and the state medical licensing board asking the Court to block enforcement of a new law that imposes unconstitutional restrictions on women seeking abortions and their health care providers. 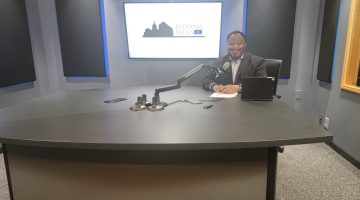