Are Better Roads Ahead?

The man behind Indiana’s Build Better Roads campaign says his goal is not to go after Governor Mike Pence, but instead to get lawmakers to find a long-term solution to the state’s infrastructure issues.

Dave Fagan of the International Operating Engineers is spending tens of thousands of dollars in television ads and mailers attacking the Governor over the condition of Indiana’s roads.

Fagan tells Indy Politics that everything they have printed over advertised is true and challenges anyone to dispute their claims.

He did give Pence some credit for his recent plan to spend a little more than $1 billion over the ext four years on road maintenance and preservation, however he said the plan falls short because it does not include money for local roads, nor is is a long-term funding solution.

You can hear Fagan’s full comments in the Leon-Tailored Audio above.  It runs about 15 minutes total. 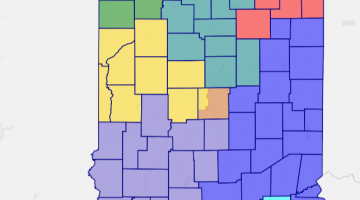