Next Tuesday, when Hoosiers go to the polls, not only will they vote on a number of candidates and referenda, but also an amendment to the state constitution requiring a balanced budget.

Under Public Question #1, Hoosiers will vote yes or no on the following…

Supporters say the measure is needed to ensure Indiana stays on the right track, while opponents say state law already requires a balanced budget.  And some have gone so far as to say it would harm teacher and public safety pensions because they would not get funded.

Indy Politics talks with former Indiana State Senator Brandt Hershman, the author of a proposed amendment, to find out what it actually does and how it would impact the state’s finances.

The Leon-Tailored Audio runs about 11 minutes. 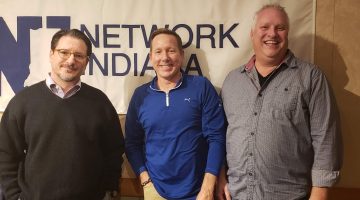