CIB Budget Gets a Little Better

The President of the Capital Improvement Board says the agency’s finances are a lot better than they were back in 2007, even though it will have to dip into reserves to cover an estimated  $20 million shortfall.

However, Earl Goode tells Indy Politics the CIB has to prepare to cover the expenses of a number of prior commitments including a $37 million investor payment on Circle Center Mall in 2017.

Goode says once those payment are done, the CIB will be on even better financial footing.   The budget plan now goes to the Indianapolis City-County Council for approval.

You can hear Goode’s comments in the Leon-Tailored Audio above.  They run about five minutes.  He also discusses a new deal reached with the Indiana Pacers that will allow the team to acquire an adjacent lot next to the Fieldhouse to build a new practice facility at no  cost to the CIB. 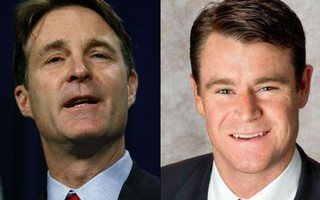