Several members of the Indianapolis City-County Council, as well as the city-county council clerk who was fired last week by Council President Stephen Clay, are taking him to court.

Councilors Zach Adamson, Vop Osili, Jared Evans, Frank Mascari, Maggie Lewis, Jeff Miller, William Oliver, and  Chrstine Scales are suing Clay, along with former Clerk Natrina DeBow,  saying he did not have the legal authority to remove her, nor Council attorney Fred Biesecker, them from their jobs.

Clay fired DeBow and Biesecker, saying it was part of a transition due to the new leadership. He also dismissed one of the deputy clerks.

In a news conference with Indy Politics, Fox 59 and WTHR, Clay said he had the legal authority to make the personnel changes, but he could not cite a specific provision of the code giving him that power.

The municipal code says the Clerk of the Council is appointed at the first regular meeting of the council at the beginning of the year, for one year, to serve at the pleasure of the body.

The statute is unclear whether Clay has the legal authority to unilaterally dismiss the Council’s attorney and deputy clerk.

The suit calls for the employees to reinstated and Clay to “cease and desist” any action which would prevent them from getting their jobs back.

Clay may be out of the job as President when the Council meets on February 19, a resolution to remove him from that position will be voted on then.

The Indy Star is reporting the Council Democrats have already voted to expel Clay from their caucus.

Indy Attorney Karen Celestino-Horseman discusses the lawsuit filed against Clay.  You can hear her in the Leon-Tailored Audio above.  It runs about eight minutes. 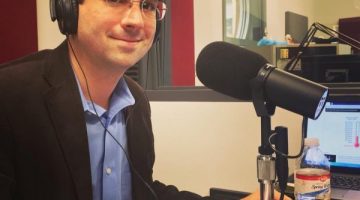