Dickerson unveiled a proposal that would allow college graduates to work in their desired field, while also putting in important hours that he says would result in reducing their debt.
“I’m proposing we launch a national program in which you can work in a field of your choice, and where there is critical need – such as in programs for the elderly or people with disabilities or in hospitals, for example,” Dickerson said.  “And whatever hours you work in a ‘needed’ field will generate dollars that go toward paying your student loans.
Under his proposal, graduates who work at least 16 hours a month in a high-need field, while also working part- or full-time in their desired field, could have their loan payments, including interest accrual, put on hold.   In addition, Dickerson noted, for every dollar earned in a high-need field, the federal government would contribute $3 every month toward paying down their loan principal.
“That means for every $10 you earn through service in a qualified, high-need field, you would receive a $30 reduction in the principal of your federally insured student loan. If you work 16 hours a month, that adds up to $480 in principal reduction,” Dickerson said.
Dickerson noted while the plan is similar to other student debt forgiveness programs that involve some element of community service, he said this was the first type of program that would also allow a student to pursue their career.
The candidate also said he supported President Obama’s plan to provide free community college for U.S. students and encouraged the state legislature to fund Indiana’s public colleges and universities at levels that ease reliance on tuition increases, which have helped to fuel student borrowing.
Dickerson faces former Congressman Baron Hill in the primary.
Tags: john dickerson

Next post Rubio Big Winner in Our Latest Presidential Poll 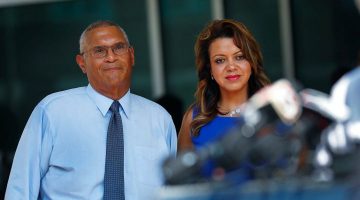