Indiana Supreme Court Justice Brent Dickson is putting in notice that he is retiring from the bench.

Dickson stepped down last year as Chief Justice.  He was replaced by Loretta Rush.

Although Dickson would not have to retire until July 2016, he said he wanted to make sure there was plenty of time for a replacement to be found.

Two of Dickson’s most noted opinions were the 1998 decision that led to Indiana’s property tax reform and the 2013 decision that upheld the state’s school voucher program.

You can hear our interview in the Leon-Tailored Audio above.  It runs 11 minutes. 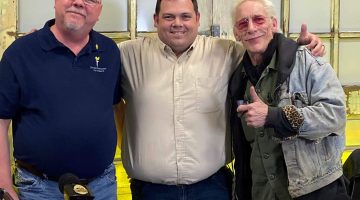