My Afternoons with Amos 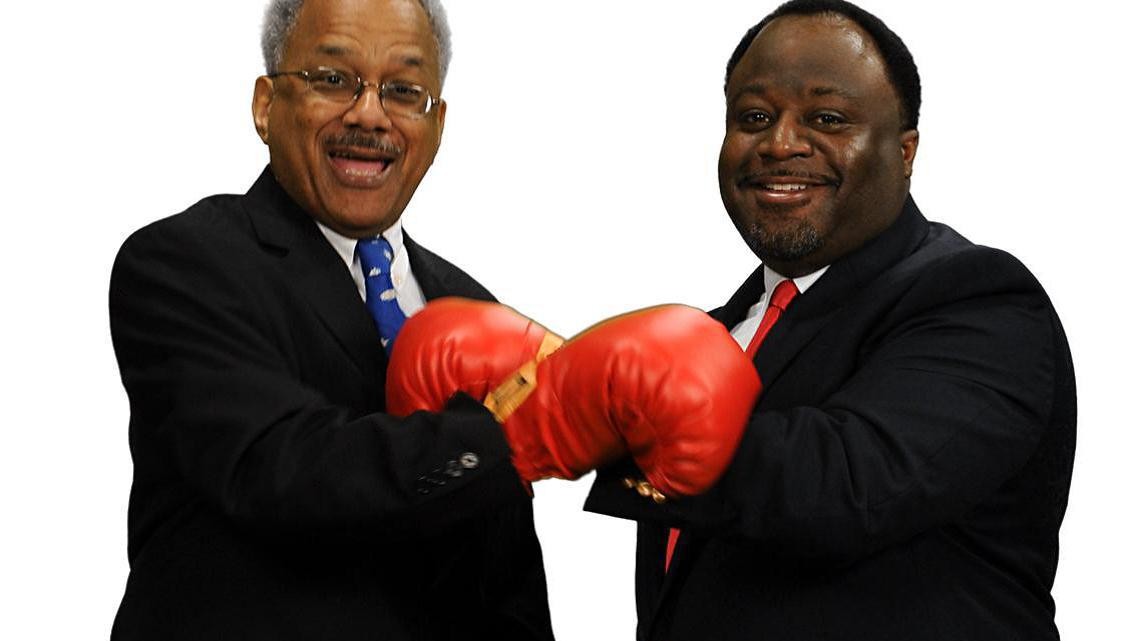 The last thing I was expecting to hear Saturday afternoon when I picked up the phone was that my fellow Indy radio talk show host Amos Brown had died.

Amos died of a  heart attack while visiting his family in Chicago.  Much of the Indianapolis community has offered its words of condolences and perspective on Amos;  Republican Governor Mike Pence, Democrat Congressman Andre Carson, Mayor Greg Ballard and Mayor-Elect Joe Hogsett.   Now it’s time to add to the chorus, but in a different way.

The first time Amos and I met was at the Indy Chamber Hob Nob in 2004.  I had only been on the radio at WXNT a week or so he had been listening to get a feel for the new kid on the block and I was listening to him to get a feel for the local issues. And to be honest, neither of us were big fans of each other.  We were polite and cordial when we met but you can tell there was tension. And that tension only grew over time and it spilled onto the airwaves and into print.   It was not an uncommon occurrence for one of us to hear something the other said and then call them out about it the next day on the radio.

Yes, I know the only way for this to happen was to actively follow the other person, ironic isn’t it.

This went on for quite a while and was getting pretty intense, until the first thaw following the 2007 Mayor’s race.  The day after Ballard pulled an upset victory over Bart Peterson, Amos sent me a text message inviting me to lunch before I left to go become the new Mayor’s Communications guy.  I had thought about putting my name in for the job, but I figured Ballard would need a voice on the airwaves to act as a counterbalance to what I knew Amos and the Democrats were going to throw at him, so I decided to stay where I was.  I know, another ironic moment, it was Amos of all people who kept me on the air.

And for the next few years we would act as a counterbalance to each other.   We were not enemies, but more like each other’s foil.  Just to get you caught up on your literature, a foil is a character who contrasts with another character in order to highlight particular qualities of the other character.  And that is what we were.   Whether it was debating city or state politics, the Affordable Care Act or whatever the issue was we brought both sides to the table.

We even did a television program together (it only lasted a few episodes, but it was fun to do) and we did a radio program together on WTLC-AM  for year on Friday afternoons back in 2013.  And each program he came prepared to do battle. Amos had a statistical background and institutional memory so I knew when we sat down for the “Friday afternoon fights” I had to have my facts together.

And our rivalry wasn’t just good for ratings and getting an audience worked up, it also helped us do some good for charity.  Together we raised a few thousand dollars for charity for an organization that helps ex-offenders.  I’ll never forget him jokingly telling me to get my “rich Republican friends on the phone and make donations” and I jokingly told him “they’ll be happy to so they can show how individuals can do better than the government in getting things done.”

But that was our relationship, it was a rivalry that I like to think was rooted in respect.  And I think at the end of the day we actually liked each other as much as we couldn’t stand each other.  And I don’t think anyone would have wanted it any differently.

Abdul is the editor and publisher of Indy Politics.

Indiana to Get Federal Help to Fight COVID-19