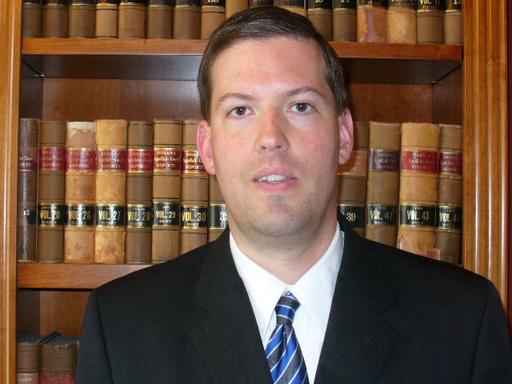 The former Chief Deputy Treasurer under Richard Mourdock is suing the state of Indiana alleging wrongful termination and breach of contract.

Jim Holden served as Mourdock’s  Chief Deputy and General Counsel.  In June of 2014, while still working for Mourdock,  he signed a three-year  contract with the Treasurer’s Office to provide legal services to the Indiana Board for Depositories (BFD) as well as the Indiana Education Savings Authority.   That contract was slated to go into effect in December 31, 2014 and Holden was to paid approximately $104,000 annually.

Mourdock resigned from the Treasurer’s post in August 2014.    Holden was terminated in November by current Treasurer Kelly Mitchell, shortly after she took office.

In his lawsuit filed in February,  Holden claims he submitted a request for military leave to fulfill his obligations with the Indiana National Guard in November 2014 and when he was called into to a meeting with Mitchell he was informed that he was being let go and was escorted out of the building by State Police.

Holden says Mitchell’s termination of his employment as well his contract violated state and federal law, so he has sued Mitchell as State Treasurer and as an individual as well as the Board of Depositories.

He also claims he was blacklisted by the state.

In a response filed on Mitchell’s behalf by the Indiana Attorney General, she and the BFD deny violating Holden’s rights, saying there was a legal, non-discriminatory reason for his termination and that his military service and pending leave had nothing to do with his firing.

In addition, the defense argues that Mitchell, as State Treasurer, is entitled to qualified immunity for all constitutional claims filed against her in her individual capacity.

A copy of Holden’s suit can be found here.

A copy of Mitchell’s answer can be found here.

A copy of Holden’s contact with the BFD can be found here. 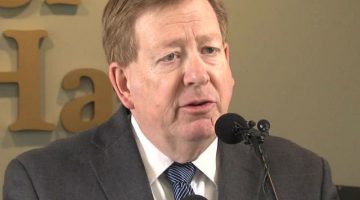