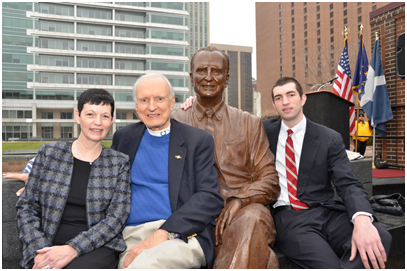 Former Indianapolis Mayor Bill Hudnut has passed away after a long illness.  He was 84.

The following a biography of the former Mayor.  It was provided by his family.

After winning his first Mayoral bid in 1975, Hudnut was sworn in on January 1, 1976 and was re-elected three times.  During his 16 years as the City’s chief executive, dozens of major building projects were completed downtown, including the expansion of the Indiana Convention Center.  In 2014, a larger-than-life-size statue of “Mayor Bill” was dedicated in his honor near the Convention Center.

During the Hudnut years, more than $4 billion was committed to downtown Indianapolis redevelopment.  Hudnut oversaw the effort to bring Colts professional football to Indianapolis, following the construction of a domed stadium.  During Hudnut’s time as Mayor, Indianapolis hosted the 1987 Pan American games, created the Indiana Sports Corporation, and made major investments to burnish the city’s image as an amateur sports capital.  Mayor Hudnut was honored as the “Nation’s Outstanding Mayor of 1988” by City and State magazine, named “Man of the Year” by The Indianapolis Star in 1979, and awarded Princeton University’s highest alumni honor, The Woodrow Wilson Award for Public Service, in 1986.  Hudnut was a past president of the National League of Cities and the Indiana Association of Cities and Towns.

“The vision I have for Indianapolis is a city that is both economically competitive and compassionate toward urban and human problems,” Hudnut said during his last term as Indianapolis Mayor.  “To make the City more livable involves more than just creating beautiful spaces and buildings.  It’s more than a solid economic foundation, and more than good jobs.  It’s embracing future change.  It’s dealing with tough human issues that touch the compassionate side in all of us.  It’s a good future for our kids.”

After leaving office in Indianapolis, Hudnut relocated to Chicago and then the Washington, D.C. area.  He later was elected to the Town Council of the Town of Chevy Chase, Maryland and also served as Mayor of the town of Chevy Chase..  Hudnut wrote five books on leadership and urban planning.  Most recently he was Senior Fellow Emeritus at the Washington-based Urban Land Institute, Advisor to the Senior Vice President and Chief Operating Officer at Georgetown University, and Senior Policy Advisory for Bose Public Affairs Group.  Hudnut was also recognized with 13 honorary degrees in his lifetime. 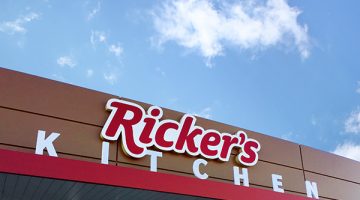