On a day that saw five shootings and one murder in the Capital City, Indianapolis Mayor Joe Hogsett announced a new anti-crime and violence investments, which city officials hope will make a difference.

The Mayor said today’s announcement is the result of nearly a year’s worth of engagement with national best practices and community stakeholders, building upon the Hogsett administration’s dynamic approach to violence prevention over the past five years.

The funding represents over $3 million in new and expanded programming devoted to antiviolence measures, as Indianapolis faces a significant increase in the number of homicides and non-fatal shootings. The funding is distributed across multiple city agencies and partners, out of a recognition that just as the factors behind the rise in gun violence are layered and multifaceted, so too must be the solutions to address them.

The package contains over $1.5 million towards enhancing IMPD capabilities, including:

Beyond the investments announced today, the Office of Public Health and Safety is continuing to enhance its community violence reduction team programming. The traditional Safe Summer series begins Friday, June 11, and will run throughout summer on weekend nights at three separate locations. Earlier this week, it was announced that OPHS would resume in-person community safety meetings, working with key stakeholders to redirect individuals at the highest risk of encountering gun violence. Since opening in December 2020, despite pandemic space restrictions, the AIC has served nearly 600 unique clients experiencing addiction and/or mental health crises, helping with resources as an alternative to engaging with the criminal justice system.

You can hear the Mayor and his team in the Leon-Tailored Audio above.  Part one is the announcement, part two is questions from the media. 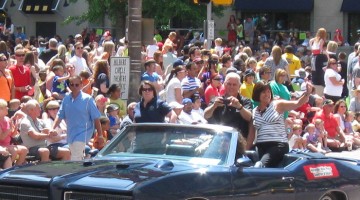