WIBC –Indiana Attorney General Curtis Hill is accused of professional misconduct. He was accused of groping four women, including a state lawmaker, at a downtown Indianapolis bar last year. He denied the accusations and no charges were filed.

The complaint outlines each of the acts from the women who accused Hill. It also states that Hill, if the accusations are proven, committed misdemeanors that reflect badly on his reputation as an attorney.

Though the Commission is not concerned with criminal charges, the complaint states that Hill may have committed sexual battery, a level 6 felony.

“By his foregoing conduct, the respondent engaged in conduct prejudicial to the administration of justice in violation of Rule 8.4 of the Rules of Professional Conduct for Attorneys at Law,” said the complaint. The complaint also says Hill engaged in “offensive personality” and that his conduct violates the position of public trust he holds as the state’s chief law enforcement officer.

The complaint says Hill should be disciplined “as warranted”.

That discipline, if issued by the Indiana Supreme Court, could range from a reprimand, temporary suspension or permanent disbarment. 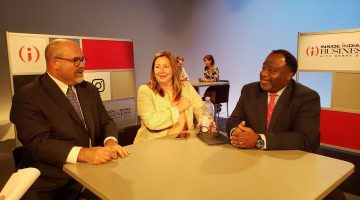