Indiana Governor Eric Holcomb says he will let Hoosiers know in the next couple of weeks as to the next steps in opening up the state of Indiana.

With Indiana’s positive rates moving in the right direction and more vaccinations becoming available, the Governor says he will deliver a statewide address soon outlining what’s next for Indiana.

He says any decision to fully open Indiana will be data-driven.

You can hear the Governor in the Leon-Tailored Audio above.  It runs for about an hour.

The Governor also announced eligibility this coming Monday for educators and support staff.  He also talks about the minor side effects he experienced after getting his vaccination shot last Friday. 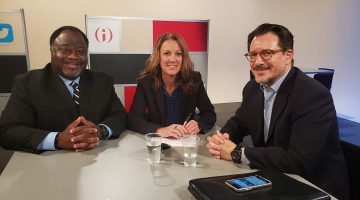