Indiana House Speaker Todd Huston says he’s confident the votes are there to pass an abortion bill  Friday,  even though a majority of his caucus voted to removes the exemptions for rape and incest.

The Indiana House of Representatives took its final step toward passage of legislation that would limit abortion in the state as well as provide Hoosiers with inflation relief.

Lawmakers beat back an amendment that would have eliminated exemptions for both rape and incest.

That vote breakdown could put the final bill in jeopardy if the 39 Republicans continued to vote no because they did not think the bill went far enough and were joined by the Democrats, who all voted no.

The following changes have been made to the bill.

If the House does pass SB 1 tomorrow, due to changes made, it will have to go back to the Senate.

You can here Speaker Huston as well as abortion bill sponsor Wendy McNamara in the Leon-Tailored Audio above,.

It runs for about eight minutes. 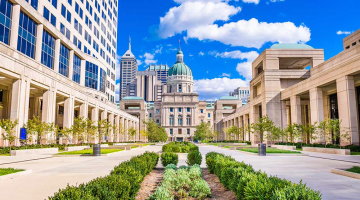