As the problem of homelessness and panhandlers gets worse in downtown Indianapolis,  City-County Councilor Republican leader Mike Mcquillen is introducing an ordinance he says can help address the issue and can withstand a constitutional challenge.

Under  what’s called the  “Sit & Lie” ordinance it would be illegal to sit or sleep on public streets and sidewalks within the Mile Square  between 6 a.m. and midnight.  There would be some exemptions such as sitting or lying down due to a medical emergency, participating in a  parade or festival, or demonstrating in part of a constitutional protest.

You can hear McQuillen in the Leon-Tailored Audio above.  It runs about 10 minutes. 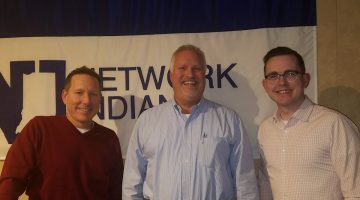